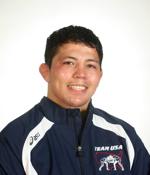 Colorado USA Wrestling Welcomes You to Our Web Site

Welcome.  If you have articles to post please send the information to bxb4barron@gmail.com for posting.  We would like to keep our membership informed and up to date with news features.

Colorado USA Wrestling or "CUSAW" is a State of Colorado not-for-profit organization and also has a IRS 501C3 status.  This organization is a "State Affiliate" of the United States National Governing Body of Olympic Wrestling "USA Westling."  We are proud of our sport and the CUSAW organization and have a rich history of hard work and perseverance in the interest of young male and female athletes who may have dreams and aspirations to compete at the Olympic level.

Why do the rules of Freestyle and Greco change?  The answer is that Olympic Competition is an "amateur sport" and all the rules of Olympic competition change from year to year to provide younger athletes a equal "athletic" competition in this amateur Olympic event.

In 2013 immediately after the vote by the US IOC to reinstate Wrestling into the Olympics, the USA Wrestling Rules changed back to the system used about 20 years ago. This was a welcome change supported by most countries with a history of wrestling.  As we approach the 2017 season we are excited to compete a season with accumulative scoring and an overall more exciting system.

Coaches have kept sports alive in 2020. Has your kid's coach helped them through this crisis?Nominate them   for a chance to win $2500!